What is the difference between dangerous and deadly weapons in an Oklahoma assault and battery charge? 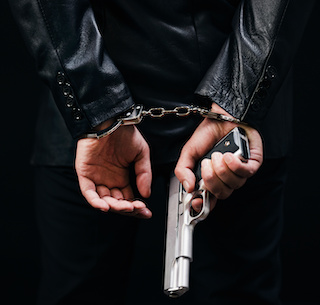 Under Oklahoma law, assault and battery carries enhanced penalties if the crime is committed with a dangerous or deadly weapon. However, prosecutors may often overcharge as an intimidation tactic, making it vital that you contact an experienced Tulsa criminal defense attorney as soon as possible.

At Berlin Defense, we’re committed to providing focused, personalized, and effective representation for Oklahoma residents facing violent crime charges. Tulsa criminal defense attorney Lee Berlin has extensive experience handling cases that involve elements of coercive control in intimate partner relationships and will work to ensure that you’re allowed to tell your side of the story.

Almost Any Object Can Be a Dangerous or Deadly Weapon

Examples of Dangerous or Deadly Weapons

Under Oklahoma law, anything other than your own body can be considered a weapon if used to cause harm.

Intent Is the Key Factor

Because the difference between dangerous and deadly isn’t immediately apparent, the prosecution will look at the intent behind the defendant’s actions when deciding which charges will be filed. For example, a person who shoots a gun into the air or fires at an inanimate object may be charged with assault and battery with a dangerous weapon, even though firearms can indeed cause death. Because they weren’t aiming at a person, there was no intent to kill.

Please note that the victim’s perception of your intent does not matter when the prosecution determines what charges you’ll face. The victim can’t opt to drop the charges, even if they believe the incident results from a misunderstanding with no ill intent or that you didn’t intend to use an object as a dangerous or deadly weapon.

You Could Be Facing Substantial Jail Time

Assault and battery with a dangerous or deadly weapon may also be accompanied by other charges related to the circumstances of the alleged crime, such as kidnapping, threatening a violent act, or interfering with an emergency call. To protect yourself, you will want to retain legal representation immediately. Do not talk about the case with anyone other than your attorney, and do not agree to speak to the police without your lawyer present.

How a Criminal Defense Attorney Can Help