How can I defend myself against assault and battery charges in Oklahoma? 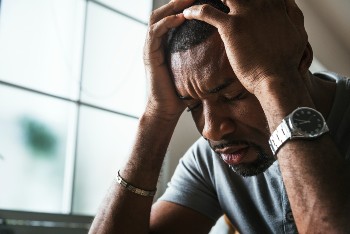 Assault and battery charges in Oklahoma can have serious consequences. This includes fines and jail time, as well as damage to your career and personal reputation. Even if you think the charge is the result of a misunderstanding, the best thing you can do is to contact an experienced criminal defense attorney as soon as possible. Your future is at stake, and you simply can't afford to leave anything to chance.

In Tulsa, Berlin Defense represents those who've been charged with violent crimes such as assault and battery. We carefully consider the circumstances of each client's case in order to develop a tailored defense strategy, including those involving coercive control in intimate partner relationships.

Potential Defenses for an Oklahoma Assault and Battery Charge

Some of the common defenses that are used in Oklahoma assault and battery cases include lack of ability, self-defense, preventing harm, lack of intent, and wrongful accusations. Based on the evidence available and the specific type of assault and battery charge you are facing, your lawyer will determine which defense is most likely to be effective.

With this defense, you are arguing that you didn't have the capacity to inflict harm on another person. For example, you could have been restrained in some way or physically injured.

When you argue self-defense, you are admitting that you used force against the victim. However, you are arguing that your use of force was lawful. For a claim of self-defense to be effective, you must be able to show that you had a reasonable fear for your life or for your well-being. For example, self-defense might be appropriate if you were drinking at a bar and an angry patron punched you after calling you names.

You can also use the argument of self-defense if you were acting to protect someone else from being attacked or physically threatened. When you are defending another individual, you can use the same force that would be legally permissible if you were protecting yourself.

A lack of intent defense argues that you accidentally used force against the victim and did not plan to cause harm. An example of when this defense might be appropriate would be if you were in a crowded nightclub and accidentally pushed someone when you were trying to make your way back to a friend. Even if you caused an injury, you did not have the criminal intent necessary for the charge.

Please note that lack of intent does not apply to cases where you made an idle threat. Verbal threats to scare or frighten someone are still considered assault, even if you didn't plan to actually harm them.

It is legally acceptable to use force if you were acting in a way that was intended to prevent a mentally ill or impaired person from harming themselves or others. This could mean that you were intervening to break up a fight or that you used force to take a weapon away from someone who was making threats of self-harm.

This defense is rare but can be appropriate in cases where a group of people were engaged in a fight and more than one person could have caused the victim's injury. It may also be applicable if the victim was severely intoxicated or otherwise unable to accurately identify the perpetrator.

We encourage our clients to be active participants in building their defense and will fight to ensure that you're allowed to tell your side of the story. However, there are some common mistakes we often see people make. We encourage you to request our free offer, Top 10 Ways You Are Killing Your Defense, to learn how to avoid common mistakes and ensure you have the best possible outcome for your case.