What is considered first-degree manslaughter in Oklahoma? 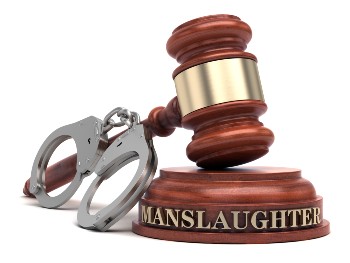 When a person causes the death of another, this is referred to as a homicide. In Oklahoma, criminal homicides are classified as either manslaughter or murder. While murder charges require premeditation, manslaughter refers to the unintentional killing of another person.

Typical examples of cases where a person would be charged with first-degree manslaughter include:

When a heat of passion domestic dispute results in a fatality, the perpetrator can face first-degree manslaughter charges. In these types of cases, the person was acting impulsively and did not intend to cause the death.

When a drunk driver causes an accident that results in one or more fatalities, they will face a first-degree manslaughter charge for each person killed. However, if it is their second or subsequent offense, a fatal DUI accident will result in second-degree murder charges.

A person can face a first-degree manslaughter charge when they use unnecessary force in resisting an attempt to commit a crime. Although Oklahoma has a Stand Your Ground law and the Castle Doctrine allows for the use of force when defending against a crime, a person isn’t allowed to use lethal force to defend property or resist a crime that would not injure or kill the victim. The law requires that the degree of force used to resist the crime be in proportion to the force that is used to commit the crime.

Potential Penalties for a First-Degree Manslaughter Conviction in Oklahoma

First-degree manslaughter is a felony under Oklahoma law. If you are convicted of this crime, there is a minimum penalty of four years in prison.

It is important to note that first-degree manslaughter is classified as an 85% crime. This means that you will be required to serve at least 85% of your sentence before becoming eligible for parole. Other types of 85% crimes include first-degree rape, shooting with intent to kill, and assault and battery with a deadly weapon.

Why You Need a Criminal Defense Attorney

When you’re facing first-degree manslaughter charges, a skilled criminal defense attorney can help protect your rights and ensure the best possible outcome for your case. You may request a free copy of our report, Top 9 Questions You Absolutely, Positively, Must Ask a Lawyer, to assist you in your search for legal representation.

At Berlin Defense, we focus on defending individuals accused of violent crimes involving elements of coercive control in intimate partner relationships. As a former felony prosecutor, I understand the unique challenges these types of cases can pose and will fight to ensure that you’re allowed to tell your side of the story.

If you or a loved one has been charged with a violent crime in the Tulsa, Oklahoma, area, you need to speak with an experienced criminal defense attorney as soon as possible. Please contact us online or call 918-384-0850 for your initial strategy session. We are proud to serve Tulsa and all surrounding areas.