What do I need to know about a first-time assault and battery charge in Oklahoma? 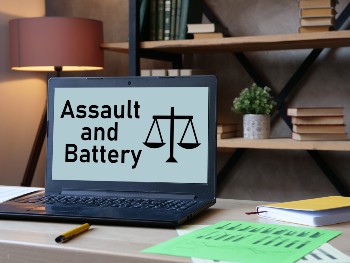 You consider yourself a law-abiding citizen who plays by the rules. You've never been in trouble with the court before, so it's understandable that you're shocked by your recent Oklahoma assault and battery charges. Who could have anticipated that one misunderstanding or moment of weakness could have such serious consequences?

Possible Penalties for Assault and Battery in Oklahoma

In some cases, your Oklahoma assault and battery charge may be accompanied by other charges for related offenses. For example, we often see kidnapping charges added to an assault and battery charge when a client is accused of preventing the alleged victim from freely leaving the premises. The more charges you’re facing, the greater the need for immediate legal assistance becomes.

You know that you're a good person, but you simply can't afford to sit back and hope the state of Oklahoma agrees with you. It is the prosecutor's job to uphold the law, so they aren't interested in hearing about your prestigious career, history of volunteer work, or positive community reputation. They are paid to push for the maximum penalty the law allows, regardless of what that means for your future.

In Tulsa, Berlin Defense represents those who've been charged with violent crimes such as assault and battery. We carefully consider the fact patterns found in each client's case, including those involving coercive control in intimate partner relationships, to create an effective defense strategy.

Obviously, the best possible option for your case is to avoid jail time by having the charges dropped altogether or having you found not guilty in court. However, as a first-time offender, you may still be able to avoid jail time with a suspended sentence or deferred sentence.

Your attorney can answer any questions you may have about your options for avoiding jail time, given the specific circumstances of your case.

Feeling ashamed of your actions and wanting to make amends means that you have a strong moral character. However, there is a right and wrong way to show remorse. Reaching out to the alleged victim directly or posting about the case on social media, for example, can do more harm than good. It is better to save your show of remorse for the judge who will hear your case.

To learn more about the well-intentioned actions that may actually end up hurting your case, we encourage you to request our free offer, Top 10 Ways You Are Killing Your Defense. This informative guide will help you better understand how to protect your legal rights and safeguard your future.

If you or a loved one has been charged with a violent crime in the Tulsa, Oklahoma area, you need to speak with an experienced criminal defense attorney as soon as possible. Please contact us online or call 918.384.0850 for your initial strategy session. We are proud to serve Tulsa and all surrounding areas.
|