Why was I charged with domestic violence if my spouse wasn’t involved in the fight? 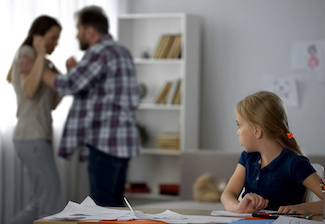 Even though the general public often thinks of domestic violence as acts occurring between married people, this crime can involve victims with any type of romantic, familial, or household relationship.

At Berlin Defense, we provide focused, personalized, and effective representation for Oklahoma residents facing domestic violence charges. We understand that good people can make mistakes when tempers flare. Tulsa criminal defense attorney Lee Berlin will fight to minimize the effect of this charge on your future and to ensure that you’re allowed the opportunity to tell your side of the story.

How Domestic Violence Charges Are Determined

The “domestic” part of a domestic assault and battery charge simply means that you have a close relationship with the victim. “Assault” means you threatened to cause harm, and “battery” means you used intentional force.

Domestic assault and battery can involve many actions, including kicking, pushing, and slapping. The injury doesn’t necessarily need to be severe. For example, pushing a family member and causing them to fall and twist their ankle could result in a domestic violence charge.

Charges for domestic assault and battery carried enhanced penalties when the victim is a pregnant woman—even if she is not carrying your child. However, to be convicted of this crime, the victim must have been visibly pregnant, or you must have known about the pregnancy. If assault and battery causes harm to the unborn child, you can be charged with a felony that carries a sentence of up to 20 years behind bars.

If an assault and battery occurs in the presence of someone under age 18, this can lead to enhanced penalties even if the minor was not harmed. For a first offense, domestic assault and battery in the presence of a minor is punished by imprisonment in the county jail for not less than six months or more than one year, by a fine not exceeding $5,000, or by both fine and imprisonment.

How a Criminal Defense Attorney Can Help

If you’re facing an Oklahoma domestic assault and battery charge, you must speak to an experienced criminal defense attorney. Do not make the mistake of assuming that a fight based on a misunderstanding will magically go away. The state—not the victim—has the final authority to determine what charges you will face.

A criminal defense attorney can help by explaining the potential consequences of a conviction and evaluating the strength of the evidence available. Your attorney will help you determine the best way to proceed, which may include:

If you or a loved one has been charged with domestic assault & battery in the Tulsa, Oklahoma area, you need to speak with an experienced criminal defense attorney as soon as possible. Please contact us online or call 913.384.0850 for your free consultation. We are proud to serve Tulsa and all surrounding areas.