Can I be charged with a crime in Oklahoma if I only threatened to commit a violent act? 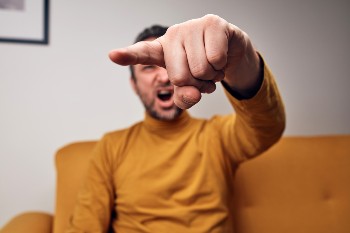 Do you often say things you don't mean when you're angry? While having a hot temper isn't a criminal offense on its own, Oklahoma law makes it a crime to threaten, plan, or otherwise attempt a violent act that would seriously injure or kill another person.

Berlin Defense understands that good people can say things they don't mean in the heat of the moment and make mistakes that put their future at risk. That's why we are committed to providing aggressive representation for Oklahoma residents accused of violent crimes—focusing on crimes involving elements of coercive control in intimate partner relationships. If you've been charged with threatening to commit a violent act, we're here to help.

In this context, serious bodily injury refers to broken bones, obvious or protracted disfigurement, and any long-term loss or impairment in the function of a bodily organ.

If the victim of the assault is a person you were related to by blood or marriage or is a person you are romantically involved with, you can be charged with domestic assault and battery. This offense carries enhanced penalties and is a misdemeanor punishable by up to one year in the county jail, a fine of up to $5,000, or both. Second or subsequent offenses are felonies that are punishable by up to four years in prison, a fine of up to $5,000, or both.

In many cases, we see the charges for threatening a violent act added to a domestic assault and battery charge. This is often done even though the requirement that the threat involves serious bodily harm or death is not actually present.

Why You Need to Consult an Experienced Oklahoma Criminal Defense Attorney

When you are accused of a crime, it is important to have an experienced criminal defense attorney on your side. A good Oklahoma criminal defense lawyer will help you understand the charges against you and will work tirelessly to get the best possible outcome in your case.

Not all criminal defense attorneys are the same. When you are looking for an attorney, it is important to do your research and find someone with experience handling cases like yours. I worked as a prosecutor before becoming a criminal defense attorney, which has given me an in-depth understanding of how they charge and prosecute cases, the kinds of theories and evidence they'll present, and what witnesses they'll put on the stand. When Berlin Defense handles your case, you can be confident that I'll put that extensive insider knowledge to work for you.