Oklahoma Has Stiff Penalties for Domestic Assault and Battery by Strangulation 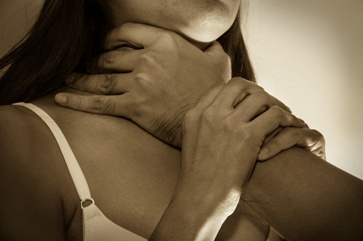 In Tulsa during 2019, there were 701 reported domestic strangulations—which equates to about two reports per day. This is concerning because strangulation has long been considered to be one of the most problematic forms of domestic abuse. It takes as little as 10 seconds of pressure on the carotid artery in the neck to make a person lose consciousness, and brain death can occur within a few minutes.

Oklahoma law has harsh punishments for domestic assault and battery by strangulation. If you’ve been accused of this crime, you need to seek assistance from an attorney immediately. Your freedom and your future are at stake.

It is a common misconception that charges of domestic abuse only involve a spouse or romantic partner. Domestic assault and battery charges can involve any of the following individuals:

Penalties for Domestic Assault and Battery by Strangulation

As with other forms of felony domestic violence, a conviction for domestic assault and battery by strangulation will also:

When you’re facing charges for domestic assault and battery by strangulation, the worst thing you can do is hope the matter resolves itself. Even if you believe the situation is the result of a misunderstanding, and the alleged victim doesn’t want to press charges, the state has the full authority to continue with the case.

Since there have been multiple cases throughout the United States of people accused of strangulation who later murdered their victims, the court prefers to err on the side of caution and push for the harshest possible sentence. Failing to be proactive about building your defense is likely to leave you sitting behind bars.

We explain why it’s important to take all forms of domestic violence charges seriously in our free guide, Domestic Violence Charges in Oklahoma: What You Need to Know. This guide provides an in-depth look at what to expect after you’ve been arrested and how to avoid common mistakes that limit your ability to mount an effective defense.