You may have been raised to view domestic disputes as private matters, but the state of Oklahoma takes allegations of domestic assault and battery very seriously. If tempers flare and the police get involved, you need to contact a skilled attorney immediately. 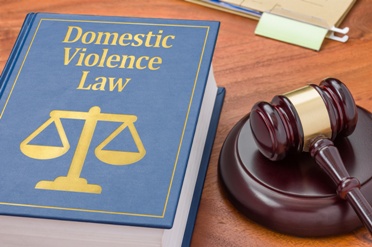 Although domestic assault and battery is often thought of as relating to conflicts between people in a sexual relationship, this is not necessarily the case. The charge can arise from allegations involving:

You Are Facing Severe Penalties

For a first offender, a conviction for domestic assault and battery is typically a misdemeanor punishable by a jail term of up to a year, a fine of up to $5,000, or both a fine and imprisonment.

For a second or subsequent domestic assault and battery charge, it is considered a felony punishable by up to four years in prison, a fine of up to $5,000, or both a fine and imprisonment.

If you carry a firearm for protection or simply enjoy hunting, you must also keep in mind that a conviction for any misdemeanor or felony crime involving domestic violence will result in you being permanently prohibited by federal law from possessing firearms.

The Victim Doesn’t Need to Testify for a Conviction

Under Oklahoma law, an alleged victim of domestic violence can’t be forced to testify in court. However, the charges will not be dropped simply because the alleged victim doesn’t want to testify. The state can use a variety of evidence for what is often called a victimless prosecution. This may include:

These Charges Won’t Disappear on Their Own

Even if you have no prior criminal record and the alleged victim doesn’t wish to press charges, it’s vital that you take a domestic assault and battery charge seriously. Request our free guide, Domestic Violence Charges in Oklahoma: What You Need to Know, for an in-depth look at what to expect after you’ve been charged with domestic violence and how to avoid common mistakes that can prevent you from building a strong defense.

Your domestic violence charge will not be magically dropped, so you need a skilled attorney who can advocate for your rights and protect you from the harsh penalties that can affect your reputation, livelihood, and freedom. As Oklahoma’s only private criminal defense attorney to focus his practice solely on defending clients accused of special victims crimes like domestic assault and battery, Lee Berlin has the expertise you need when you’re facing a charge with the potential to turn your life upside down.