Understanding the Full Impact of a Domestic Assault and Battery Conviction 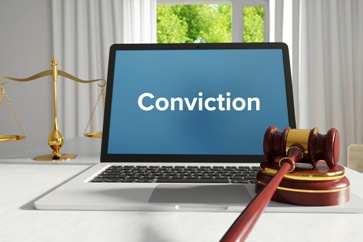 A domestic assault and battery conviction has far-reaching consequences. Even if it’s charged as a misdemeanor, you’ll face penalties that affect your finances, freedom, employment opportunities, gun rights, and relationship with your children.

Under Oklahoma law, a first-time conviction for domestic assault and battery is a misdemeanor with penalties of up to one year in county jail and a fine of up to $5,000. For a second or subsequent offense, you can be charged with a felony and face up to four years in prison and a maximum fine of $5,000.

Several factors can enhance the penalties for domestic assault and battery. If the victim is a pregnant woman, the case involves strangulation, the victim suffered great bodily injury, or a child witnesses the event, you can expect additional fines and jail time.

Because Oklahoma is an “employment-at-will” state, your employer can choose to fire you at any time as long as the reason for your firing doesn’t violate established disCrimeination laws. If your employer simply doesn’t want to accommodate your court dates or jail time, you can be terminated from your position.

When you’re looking for a new job, keep in mind that a domestic assault and battery conviction will show up on a background check for the rest of your life unless you qualify for expungement. The vast majority of employers now conduct background checks on job applicants, although policies as to what constitutes a disqualifying offense vary. If you work in the military, in law enforcement, with vulnerable populations, or in a job that has you acting as the “public face” of your employer, you can expect to have your job search more severely limited as the result of your conviction.

If you work in a position that requires a professional license, you may experience problems getting your license renewed or have your license revoked due to the conviction.

If you are convicted of domestic assault and battery, you will forfeit your right to own or use a gun for protection, hunting, target shooting, or employment. Even though individuals with felony domestic violence convictions have not been able to legally own or possess guns since the passage of the 1968 Gun Control Act, misdemeanor offenses will also result in the loss of gun rights due to the Domestic Violence Offender Gun Ban (Lautenberg Amendment) passed by Congress in 1996.

Any violation of the Domestic Violence Offender Gun Ban is considered a felony, including shipping, transporting, possessing, or receiving firearms or ammunition. The law has been criticized by many as being overly restrictive, but its provisions have been upheld repeatedly by the U.S. Supreme Court.

If you are convicted of domestic assault and battery, you can expect that you will not receive custody of your child in a pending divorce. Under Oklahoma law, joint or sole custody should not be awarded to a parent who has been convicted of domestic violence in the past five years. You may still receive visitation, but there will be strict limits in place to protect your child as well as the child’s parent.

In the most extreme cases, domestic violence convictions can lead to the termination of parental rights. Once your parental rights have been terminated, this change can’t be undone regardless of any efforts you later make to cooperate with the court.

To Avoid Consequences, You Need a Skilled Attorney

For more information on why it’s vital that you take domestic violence charges seriously, request a copy of our free guide, Domestic Violence Charges in Oklahoma: What You Need to Know. Here, you’ll learn about the penalties for offenses as well as how charges are prosecuted.

The best way to avoid the consequences of a domestic assault and battery conviction is to consult an experienced attorney immediately. Even if the alleged victim doesn’t want to press charges, the state does not need permission to proceed with the case against you. Lee Berlin is the only private attorney in Oklahoma to focus his law practice on defending individuals accused of domestic abuse and other special victim crimes, which makes him well-equipped to help you avoid the potential negative consequences of a conviction.