Domestic Violence Charges and Your Gun Rights: What You Need to Know 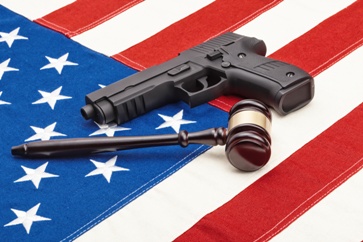 Oklahoma has long been considered one of the most gun-friendly states. Most adults are allowed to carry guns openly without a permit, with exceptions for certain places where firearms are restricted. However, if you are convicted of domestic violence, you will forfeit your right to own or use a firearm for protection, hunting, target shooting, or employment.

Misdemeanor crimes are typically considered to be less serious than felonies, but this is not the case when it comes to using firearms after a domestic violence conviction.

Individuals with felony domestic violence convictions have not been able to legally own or possess guns since the passage of the 1968 Gun Control Act. The Domestic Violence Offender Gun Ban, often called the Lautenberg Amendment after its sponsor Senator Frank Lautenberg, was enacted by Congress in 1996 to extend gun restrictions to those convicted of misdemeanor domestic violence. Qualifying offenses include any state or federal misdemeanor that "has, as an element, the use or attempted use of physical force, or the threatened use of a deadly weapon, committed by a current or former spouse, parent, or guardian of the victim, by a person with whom the victim shares a child in common, by a person who is cohabiting with or has cohabited with the victim as a spouse, parent, or guardian, or by a person similarly situated to a spouse, parent, or guardian of the victim."

While the Lautenberg Amendment can have severe consequences for any own gun owner, it is particularly problematic for those in the military or individuals who are law enforcement officers. A qualifying conviction can potentially prevent a soldier from re-enlistment, prohibit deployment, or require the transfer to duties not requiring the bearing of weapons or ammunition. For a law enforcement officer, a qualifying conviction would mean they would no longer be able to work in any position requiring a firearm on duty.

The Lautenberg Amendment has been criticized by some for being overly restrictive, but its provisions have been repeatedly upheld. Consider the following:

You Can't Afford to Settle for Less Than the Best

If you've been accused of domestic violence, do not make the mistake of thinking the case will go away if the alleged victim doesn't wish to press charges. The state has the full authority to proceed without the alleged victim's cooperation—and the consequences of a conviction can be devastating. We explain why it's vital that you take domestic violence charges seriously in our free guide, Domestic Violence Charges in Oklahoma: What You Need to Know. Request a free copy for an in-depth look at what to expect after you've been charged with domestic violence and how to avoid common mistakes that can prevent you from building a strong defense.

With your reputation and future at stake, you need top-notch legal representation. Attorney Lee Berlin is the only private attorney in Oklahoma to focus his law practice on defending individuals accused of domestic abuse and other special victim crimes. With his specific focus, highly specialized training, and education combined with years of experience as a former prosecutor, Lee has created a proprietary defense system to advocate for the rights of his clients.