Sexual battery, it sounds like it's a terrible crime, but most often times it's quite simple. Simple or not - if you are charged with sex crimes, you need to speak with an experienced sexual battery attorney.

Sexual Battery in Oklahoma occurs when there is an intentional touching or feeling of the body or private parts of any person that's 16 years of age and older, and the touching happens in a lewd and lascivious manner without the victim’s consent.

This is the grabbing a girl's butt at the bar scenario. This is the "accidental," (but really intentional), falling into the breasts of a woman and getting that “free” feel. The touching does not need to be with your hand. Not too long ago, I had a case out of northern Oklahoma that involved, no joke, the elbow of an elderly man that was wearing a large hunting jacket. He was alleged to have touched the breast of another elderly woman at a store with his elbow.  Yes, some idiot Assistant District Attorney filed that charge and tried to ruin that man’s life.

The prosecutors and Judges are looking for intentional and not accidental, truly accidental, conduct on the part of the accused. The touching must be sexual in nature and must be without the consent of the other person.

I also see these charges filed when a client of mine was drinking at the bar and they were simply misreading the cues, non-verbal or verbal cues, of the person that they are with at that moment. The client believes they have been given the green light for touching for which they arguably were not. These situations and others similar to that described above drive a great number of these criminal filings. Intoxicants are another key driver in a huge number of these cases. Where there is the allegation of a bad touch, there must be booze involved.

When most individuals find out what constitutes sexual battery, that it carries up to 10 years in prison, and that it involves lifetime registration as a level three sex offender, most of us, myself included, wonder how we escaped this charge after all of the years that we have lived, and mistakes we made. How easy is it, truly, to collect one of these charges?

The number and ways in which this can be broken up is very similar to any felony assault and battery type case, where you have a harmful or offensive touching of another without their consent. One of the many, but key differences in the analysis of sexual battery in Oklahoma is the lewd and lascivious nature of the touching.

Have You Been Charged With a Sex Crime in the Tulsa, OK Area?

If you or a loved one has been charged with a sex crime in the Tulsa, Oklahoma area you need to speak with an experienced criminal defense attorney as soon as possible. Please contact us online or call 918.384.0850 for your initial strategy session. We are proud to serve Tulsa and all surrounding areas. 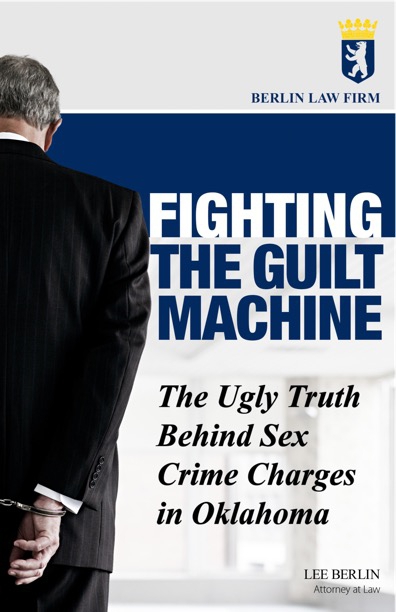 The Ugly Truths Behind Defending Sex crime Charges In Oklahoma.